It wasn’t long ago that most surveillance systems used VCRs to record individual video streams. The footage was recorded either continuously or triggered by an event, and recorded on cassette tape usually at a rate of 25 frames per second. Back in the day, this seemed like an advanced solution. But now we know, regardless of what type of surveillance cameras you’re using, storing video footage on cassette tapes is not a very effective strategy. The tapes take up space, can’t hold very much information, and they’re incredibly difficult to search through if you need to pinpoint video images of a specific event.

DVRs make it possible for users to convert analogue CCTV video to digital, allowing for remote monitoring, greater storage capacity, and quick and easy searches. Think of the DVR as a cost-effective solution for those not yet ready to move to a full-on IP surveillance setup. Digital video recorders allow you to bring your analogue CCTV cameras into the modern age. When footage is converted to digital, new worlds open up in terms of how you can view and manage your video feeds.

What is a DVR?

What is a Digital Video Recorder?

A Digital Video Recorder (DVR) contains software, video storage, and a computer hard disk all in a single unit. The DVR accepts analogue video feeds and converts them to digital. It’s a cost-effective way to bring an analogue CCTV system into the modern world, and provides some of the same benefits as IP video, but in a more budget-friendly solution. 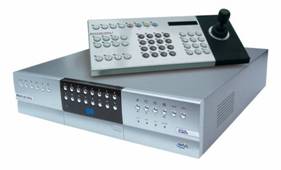 DVR recording is a great way to migrate your analogue CCTV into a digital surveillance solution. This is a low-cost option that brings a number of benefits to those who already own analogue cameras, or aren’t yet ready to make the move to a fully IP-based surveillance system. 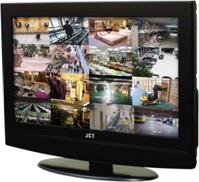 In the past, conventional CCTV systems could only transmit video to a single monitoring station, but that’s not the case when you’re using a DVR. Most digital video recorders now allow you to access your camera footage remotely over the internet. By connecting your analogue cameras to a DVR, you can monitor video feeds in real time from any computer with internet access, and even from compatible cell phones or handheld PDAs.

Not long ago, most surveillance systems could only record to VHS cassette tape. Recording to tape has many drawbacks. For one, the tapes are bulky and take up a lot of space. Additionally, trying to search the recorded footage on analogue tape can be a time-wasting nightmare. With DVRs, your footage is converted from analogue to digital, so you can store significantly more video without the clutter, and it’s much faster and easier to sort through archived footage.

To make the most of available storage capacity, DVRs provide a number of different compression technologies. Common compression formats include Motion JPEG, MPEG-4, and H.264. With video compression, your files sizes are reduced as much as possible without compromising image quality.

Most digital video recorders offer password protection so only authorized users are able to access the video footage from remote locations.