What is the Difference Between an Analog and an IP Camera?

The principle difference between analog and IP cameras is the method by which the video signal is transmitted and, ultimately, where the video is compressed, or ‘encoded’. 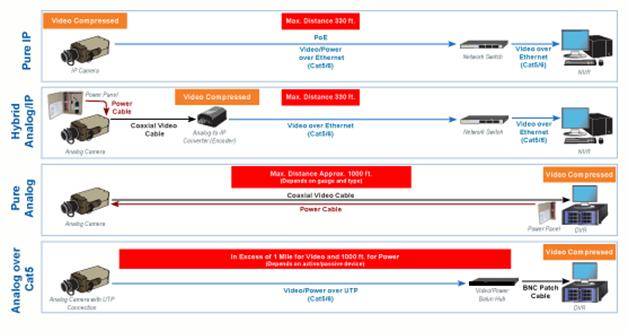 The advantage of an IP based system over analog CCTV is clear, and by that we mean literally – better picture quality. After all, the whole point of a Video Surveillance System is to see exactly what is going on. How many times have you heard about or seen grainy footage of a perpetrator committing a crime that was taken by a traditional CCTV system? Most often you can’t make out more than a fuzzy form and the images are useless to law enforcement. The fact is that traditional CCTV cameras have reached the end of their evolution and can not compete with high resolution Digital IP Surveillance Cameras.

Don’t be fooled by what many competitors claim is high resolution or even high definition CCTV… The following 2 pictures help illustrate this point by comparing a 1.3 Megapixel IP Camera to a supposed “high resolution” analog camera running at 4CIF. 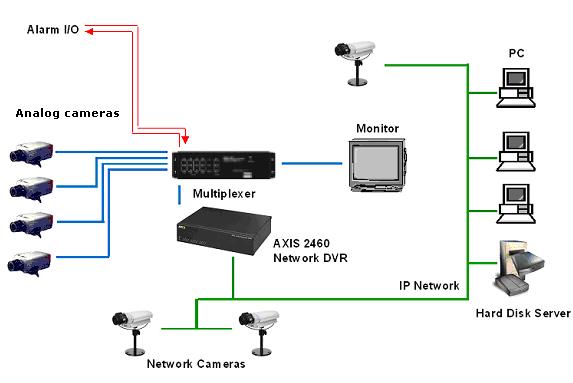 In picture 1, both cameras are aimed to show the same coverage area, basically a square area covering the entrance from top to bottom and side to side. The 1.3 MP image results in an image more than 3 times as big as the analog camera. That larger picture of the same area translates into more image detail and clearer image quality.

Picture 2 demonstrates a situation where increased coverage area is desirable over increased detail. The 1.3 MP IP Camera covers three times the area as the analog camera which translates into a need for fewer cameras.

With higher tier IP cameras surpassing the 10 megapixel benchmark, it is clear that analog CCTV has been outdone. 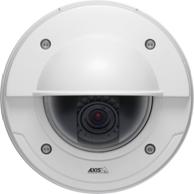 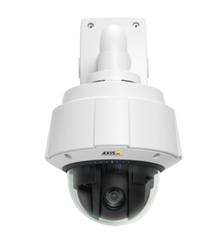 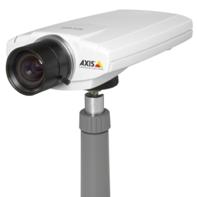 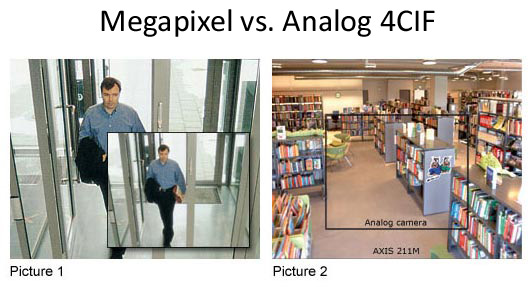 Even at the highest resolution available for CCTV, the clarity of rapidly moving objects – such as a person running or speeding car – has long been problematic in security and surveillance applications. In an analog CCTV environment, a rapidly moving object will appear blurry. This is because an analog video signal, even when connected to a DVR, interlaces to create the images. Interlaced images use techniques developed for analog TV monitor displays, made up of visible horizontal lines across a standard TV screen. If you happen to have shopped for a new TV lately you are probably aware that 1080i is not nearly as good as 1080P.

Interlacing divides images into odd and even lines and then alternately refreshes them. The slight delay between odd and even line refreshes creates some distortion – only half the lines keep up with the moving image while the other half waits to be refreshed. This causes moving objects to blur or appear jagged (see Illustration 1).

Many competitors claim that a DVR based system qualifies as an IP based system. Although DVR’s do record digitally and are better than VHS based systems, they are still not truly digital and can not be classified as IP. 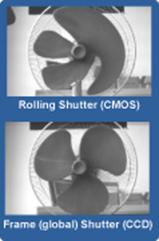 DVRs essentially take an analog signal, convert it to digital format and then compress it, all of which typically reduces quality. IP signals on the other hand begin as digital and remain that way. IP based systems are also less complicated than clunky DVRs and are designed to be end user friendly. In addition, with an IP based system you can have from one to any number of cameras, whereas DVR based systems typically require that you start or move up in blocks of 4, 8 or 16. 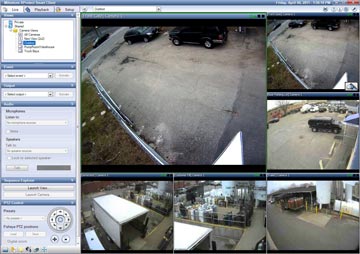 There are many other advantages to IP based systems such as increased recording time, smart search capabilities, web based remote viewing, Access Control tie ins, easy system upgrades – the list goes on and on. Digital Provisions will be happy to explain all of these advantages to you and demonstrate how they will benefit your business. Most often in the end our customers are content simply knowing that their IP Based Video Surveillance system is recording the information they need it to all in exceptional detail and clarity. 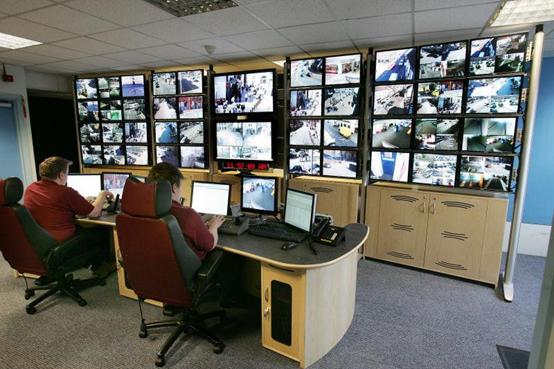 Next, we’ll cover CCTV resolution for IP cameras. IP cameras (megapixel specifically) are able to deliver a much higher resolution. Firstly, a MP camera is already digital so there is neither conversion nor compression. Secondly, MP cameras run their signal through Cat 5 or 6 which allows for a much higher transfer of data.

1.3M is generally the smallest resolution of IP megapixel camera, but is still quite a bit larger resolution than any analog cam. Even though this is a huge jump from analog, if this is not enough you can jump to 3.0 megapixel and get a 2048×1536 resolution. Still want bigger? Go with the 5 megapixel for a 2592×1944 for a HUGH image.

If analog resolutions are not cutting it for you, IP surveillance cameras can definitely accommodate any large resolutions. 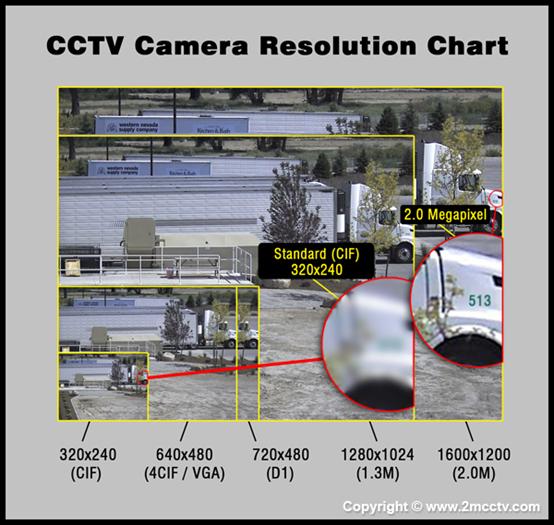 The Transition from CCTV to IP Video

Converting from Analogue to IP Surveillance. 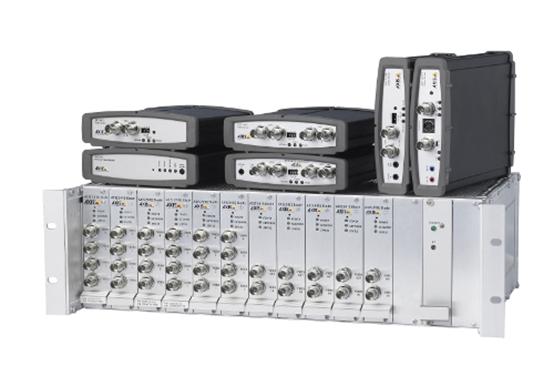 It’s no secret that the future of video surveillance is in IP-based solutions, but that doesn’t mean you need to throw out your existing analogue cameras as you make the transition. Cutting-edge surveillance equipment such as hybrid DVRs and video encoders allow you to build a future-proof IP surveillance network while retaining the analogue security cameras you already have on hand. 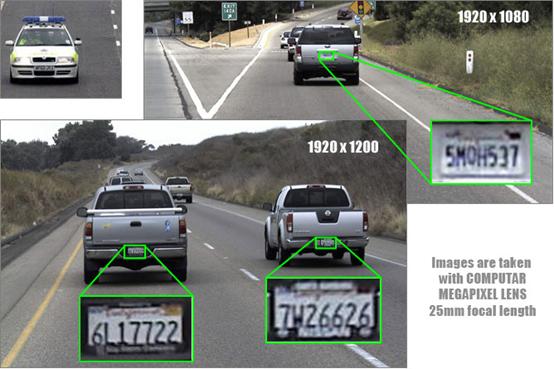